The Creature of Ghost Lake! (Table of Contents) 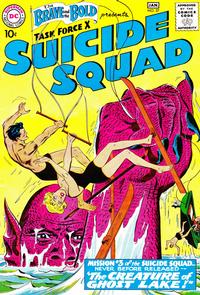 The Creature of Ghost Lake! (Table of Contents: 2)

The Atom Servant of Man (Table of Contents: 4)

On the page immediately preceding page 7 of the main story sequence. Published in cooperation with the National Social Welfare Assembly. Even though published in 1959 -- before decolonization and before the height of the American Civil Rights battle -- non-white scientists are shown doing the work in their own countries across the globe.

The Menace of the Driver Ants! (Table of Contents: 7)

On the page immediately following page 18 of the main story sequence. Description of driver ants and their habits.

On the page immediately preceding page 19 of the main story sequence. Description of V-1 bombs and the German attacks on London.