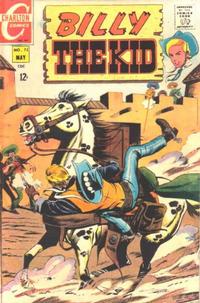 Toro, the Killer (Table of Contents: 1)

Job Number
B-1961
Genre
western-frontier
Characters
Billy the Kid; Toro Cuneo; Princess Marguerita; Rosita (cameo)
Synopsis
Billy saves a woman on a runaway horse, who turns out to be the ruler of a huge estate. He is her guest for a few days and she gets a crush on him. Billy also makes an enemy in Toro Cuneo, who has designs on the woman (and her wealth).
Reprints

Job Number
C-101
First Line of Dialogue or Text
From the letters of Shawn O'Meara to his father in County Cork, Ireland:
Genre
western-frontier
Characters
Bounty Hunter [Shawn O'Meara]; Hugh Lafferty; Reg Smythe; Harry Pound
Synopsis
Shawn O'Meara meets three other men in a bar. When one is killed in his sleep he must figure out which of the other two is the killer.
Reprints

Job Number
B-1170
Genre
western-frontier
Synopsis
How homesteaders improvised by building houses of sod when there were no trees available.