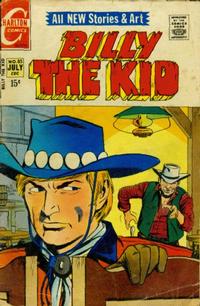 Victim Without a Gun (Table of Contents: 1)

The Amazons of Reed's Crossing (Table of Contents: 2)

This story is among the first published work by Kaluta: "My very first published professional comic book work came out through Charlton Comics. I did three very short stories for them in 1969: Off the Beach, a romance (love) story; The Amazons of Reed’s Crossing (a western) and The Great Battles of History: Shiraz (a historical story)." [interview with Francesco Argento of Utopia Comics Magazine (Italy), January 1998]

Duel at Dawn (Table of Contents: 3)

End of the Trail (Table of Contents: 5)