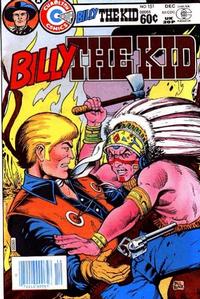 This is a single 22-page story divided into three parts: "Brandon Spread Massacre Part I"; "The Kid's Suspicions Part II"; and "End of Hangman's Trail Part III." Numbering starts at "1" for each section, and "End" appears in the final panel of each section, but the story is continuous.

The Kid's Suspicions (Table of Contents: 2)

Job Number
B-1215
Genre
western-frontier
Synopsis
Information about the Railroad and how it helped to stop the Indian Wars.
Reprints