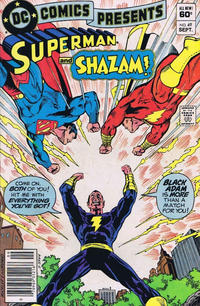 According to the loc in #54, the intended title was "Captain Marvel for a Day". It was somehow misplaced before it got on the splash page.