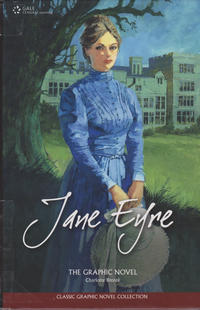 Genre
romance
Characters
Jane Eyre; Mr. Rochester; Grace Poole; Bertha Mason; Helen Burns; St. John Rivers
Synopsis
Orphaned at an early age, Jane Eyre endures the hellish Lowood School and rises to become a teacher there. Becoming governess to Edward Rochester's ward, she slowly falls in love with him and agrees to marry him, until she learns that he has an insane wife. She eventually finds cousins including St. John Rivers, who wishes her to marry him and support his missionary work. She agrees to go as a colleague, but not as a wife, which he will not accept. Mr. Rochester is horribly injured trying in vain to rescue his wife from a fire. He and Jane marry, and are slowly healed together.
Keywords
Bigamy; blindness; Gothic; insanity; lost heir; missionary; orphanage

This is an overall synopsis. The story is broken into 38 chapters.