On-sale date from ad in Mystery in Space #76 and copyright registration.

Menace of the Dragonfly Raiders! (Table of Contents) 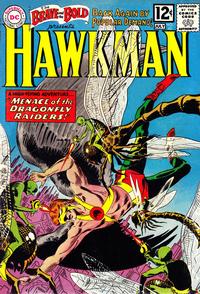 The Menace of the Dragonfly Raiders (Table of Contents: 2)

Hawkman earns the "honor wings" on his helmet in this story.

Your Pass to New Worlds! (Table of Contents: 3)

Genre
advocacy
Synopsis
Frank takes his friends to the public library where they are impressed with the different kinds of books that can teach them new things.

The Atom / promo (ad from the publisher) / 0.5 page (report information)

On the two pages immediately following page 14 of the main story sequence.

First Line of Dialogue or Text
According to a rural superstition...
Genre
non-fiction; animal

For the Best in Comics Entertainment (Table of Contents: 12) (Expand) /