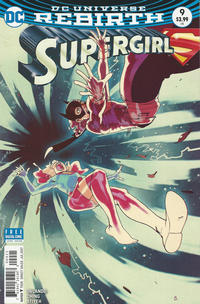 Escape from the Phantom Zone Part One (Table of Contents: 1)

Magog mentions that the Justice League will kill his parents in the future. He also states that the Fatal Five will attack Supergirl.

A DC All Access Interview with Gal Gadot (Table of Contents: 2) (Expand) /