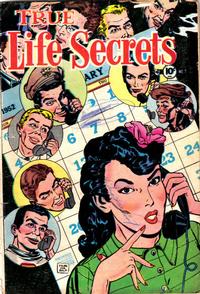 Shoulds and Should Not Hints on Beauty (Table of Contents: 1)

My Fatal Weakness (Table of Contents: 2)

Genre
romance
Characters
Tom Shane; Roger Hartly; Mrs. Shane; Miss Baxter
Synopsis
Newlyweds Tom and his wife are hired as a butler and “practical nurse” for wealthy invalid Roger. Roger and Mrs. Shane begin an affair; to get Tom out of the way, they frame him for robbery. However, Roger hires a new nurse and Mrs. Shane discovers she’s going to be accused of a crime just as her husband was. She goes to the police. Roger, who has only a week to live, confesses. Mrs. Shane is sent to prison for two years, and hopes she’ll reconcile with Tom when she’s released.

The first name of the female protagonist of this story (who narrates) is never mentioned.

Genre
romance
Characters
Dottie Orlin; Frank; Jim Dardis; Tom; Helen; Fred Turner; Jane Simpson; Mrs. Orlin
Synopsis
College student Dottie is tired of having no dates. She calls various boys for dates: Jim mooches money from her; Bill gets drunk and grabby; Frank tries to kiss her but their rowboat overturns and he’s exposed as a coward and a hypochondriac. On their way home, they see a car wreck. Dottie rescues a man and woman from the flames and becomes a hero. She understands now that she was trying too hard to be popular, and is rewarded with an invitation to a date from handsome Tom.

The Curse of Being Misjudged (Table of Contents: 5)

Genre
romance
Characters
Madge; Douglas Spranger; Walt; Joe; Mr. Carson
Synopsis
During World War II, lonely high school student Madge is raped by a soldier on leave. She gets a “loose” reputation among the male students. On a picnic with three boys and another girl, she is raped again. New student Douglas learns about this and beat up the boys. Douglas and Madge begin dating, but when he tries to kiss her and she gives in, he says the accusations about her lack of morals must have been true, and they break up. Madge runs away but is saved from turning to prostitution when Mr. Carson gives her a job in an orphanage. One day Doug finds her and they will be married.

My Undecided Soul (Table of Contents: 6)

Genre
romance
Characters
Rita; Steve Moran; Dorothy Gilmore; Tony Barton; Mrs. Riley; Paul Boyd; Wilma Jones
Synopsis
Rita leaves the city and goes to a small town in search of “decent husband material.” She turns down Steve and Tony, then meets Paul but discovers he’s engaged to Wilma. Wilma says she’ll give up Paul if Rita will agree not to see Steve any more. Rita discovers this was just a ploy by Steve to see if Rita cared for him. Rita realizes her “mistake was in deliberately hunting for a husband when [she] should have been sincere.” She and Steve reconcile and get married.

Tony "Barton" is later referred to as Tony "Barret."

Inside back cover, black-and-white. Bottom half of page is an ad for a "tummy flattener."