The Time Trap! (Table of Contents) 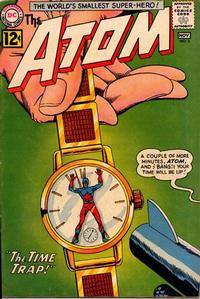 For the Best in Comics Entertainment (Table of Contents: 1) (Expand) /

The Time Trap! (Table of Contents: 2)

Genre
non-fiction; advocacy
Synopsis
Humans have managed to copy some of the best protective attributes of animals.

On the page immediately preceding page 7 of the previous story sequence.

First Line of Dialogue or Text
If an atom of oxygen were placed...
Genre
non-fiction; math & science
Synopsis
educational info about atomic energy and atoms
Reprints

The Last Days of Superman! (Table of Contents: 9) (Expand) /