From 1990-1994, all Australian editions are cover dated three months later than their Direct and Newsstand edition counterparts while the publication date in the indicia remains the same (October 1991). The barcode also reflects this three month difference.
This issue is a variant of What If...? (Marvel, 1989 series) #30. There exist further variants: 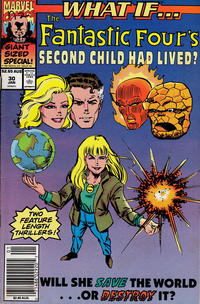 What If the Invisible Girl Had Her Second Child? (Table of Contents: 1)

What If the Fantastic Four's Second Child Had Lived? (Table of Contents: 2)