Iron Man insert panel replaced by a panel from the inside story's page 6. 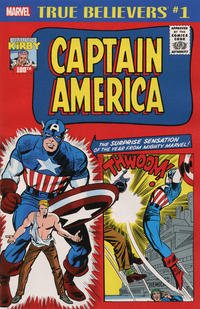 The Origin of Captain America! (Table of Contents: 7)

The Origin of Captain America! (Table of Contents: 8)