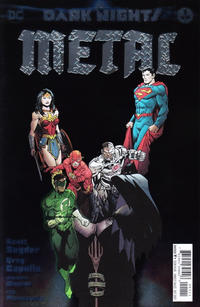 2 page title and credits appearing between pages 10 and 11 of the story.