Prisoner of the 5th Dimension! (Table of Contents) 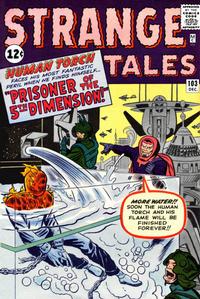 Prisoner of the 5th Dimension! (Table of Contents: 1)

The Little People! (Table of Contents: 3)

Genre
fantasy-supernatural
Characters
Lemuel Gulliver; Emma Gulliver
Synopsis
An American expatriate stumbles across tiny people in Europe who seem to recognize him. He is captured and escapes, thinking the experience was a dream, but wondering about reincarnation.
Reprints

Genre
fantasy-supernatural
Characters
Jasper Jenks
Synopsis
A man is mocked for keeping his old car, but it saves his life by sacrificing itself to keep him from crossing an unsafe bridge.
Reprints