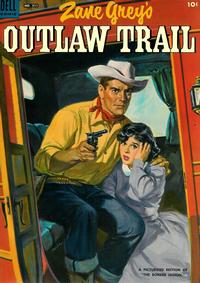 Inside front cover; black and white. Headshots plus typeset text.

Genre
western-frontier
Characters
Joan Randle; Jim Cleve; Jack Kells; Bill Hoadley; Gulden
Synopsis
Spurned by Joan Randle, Jim Cleve goes to join Jack Kells' gang of outlaws, the Border Legion. Joan follows Cleve, but gets captured by Kells. She poses as Kells' wife when the gang comes to get Kells to go to his ranch on the Idaho border. Cleve comes to join the gang right before they head to Adler Gulch, which has become a boom town because of discovery of a rich gold strike.

Everett Raymond Kinstler pencils and inks credits for this sequence from Alberto Becattini (May 14, 2007).