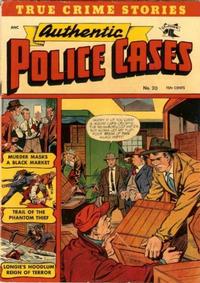 Canale can be recognised by his faces with very movable lips, thin hands, folds in clothing and the special way of moving the legs. He is credited on these series by Jerry Bails' Who's Who. Jim Vadeboncoeur, Jr. has Canale on this story.

The Criminal's Law of Averages (Table of Contents: 3)

Jim Vadeboncoeur, Jr. has Ed Ashe on this story.

The Camouflage Killers (Table of Contents: 5)

Same art as the other stories credited to Ashe by Jim Vadeboncoeur, Jr.