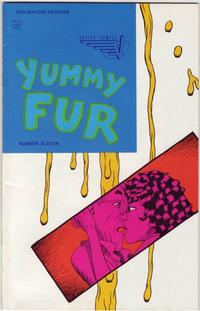 How He Went To Hell (Table of Contents: 2)

Characters
Ed the Happy Clown; Chet Doodley; Josie; Brian Mulroney
Synopsis
Josie hunts down Chet at the hospital so she can have sex with him and then kill him. She does this so he will go to Hell. Ed talks to his penis.
Reprints
Keywords
Alternative

The Fur Bag (Table of Contents: 4)