Torment Part One of Five (Table of Contents) 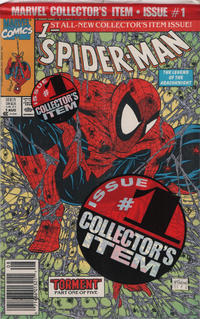 Todd strikes out on his own and uses the word "Advantageous" abominably--TWICE!

Editorial by McFarlane (with inserted comments by Shooter); no letters.