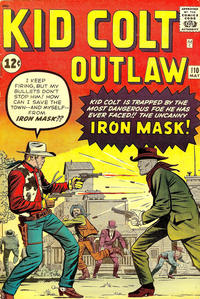 Bullets Can't Stop Him! [Behind the Iron Mask! Part 2] (Table of Contents: 3)

The Revenge of Rio Bates (Table of Contents: 5)

The Outlaw and the Sheriff (Table of Contents: 7)