Case of the Cosmic Camera! (Table of Contents) 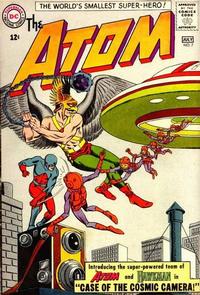 Genre
advocacy
Synopsis
Alvin learns that it's hard to get a good job if you don't finish school, and decides against dropping out.

The Case of the Cosmic Camera! (Table of Contents: 2)

On the page immediately preceding page 9 of the main story sequence.

On the page immediately following page 17 of the main story sequence.

On the two pages immediately preceding page 18 of the main story sequence.