Danny Miki is credited as the inker in the issue credits, but he did not sign the cover, typically he signs close to Tony S. Daniel's signature (as he did on the covers for issue #1-3, and #5-7). The collected edition credits this cover to Tony S. Daniel and Tomeu Morey only. 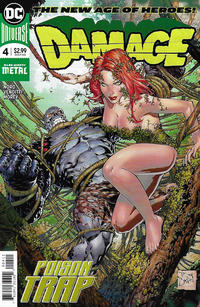