Nothing Can Stop the Vanisher! (Table of Contents)

Sources for letters credit are The Marvel Comics Index (Olshevsky 1981) and The Official Marvel Index to the X-Men (Olshevsky 1987). 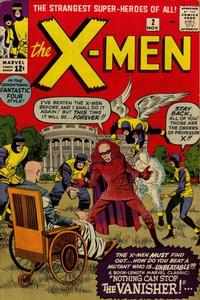 No One Can Stop the Vanisher (Table of Contents: 1)