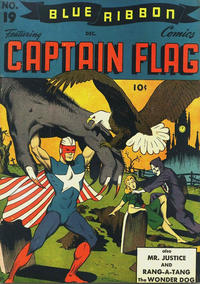 [The Botanist of Death] (Table of Contents: 1)

[Murder On a Gambling Ship] (Table of Contents: 3)

Genre
superhero
Characters
Inferno; Virginia Ames (F.B.I. Agent); Mac (diver, death); un-named District Attorney; Spooner (villain, introduction); Spooner's gang (villains, introduction for all)
Synopsis
A diver is killed with cyanide fumes when removing an old, sunken hulk, and when Inferno begins his investigation, he learns that a payroll truck is on the bottom of the harbor where the divers are hard at work.

Inferno is pardoned for his past crimes.

Originally credited to Frank Volp, but not him. It is the same unknown artist that made some Fran Frazer and Zambini stories. Notice very narrow and pointed ears, and large hands with crawly fingers.