No Place to Turn! (Table of Contents) 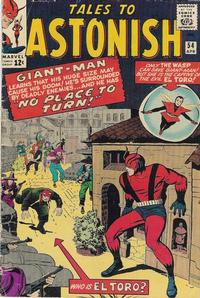 No Place to Hide! (Table of Contents: 1)

Job Number
X-610
First Line of Dialogue or Text
Hank, shrink down to normal size for a while!
Feature Logo

The Treasure (Table of Contents: 2)

Continues in next issue.

There Were Five Frightened Men...! (Table of Contents: 3)

First Line of Dialogue or Text
The painting was more than a masterpiece on canvas!
Genre
horror-suspense
Characters
Victor Conrad; Mr. Smythe
Synopsis
An art thief steals a painting of frightened men, only to be trapped in it as one of them.
Reprints