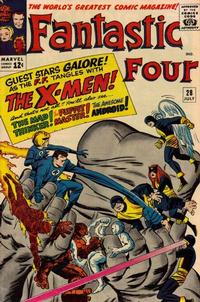 We Have to Fight the X-Men! (Table of Contents: 2)