Introducing: Ka-Zar, Lord of the Jungle! (Table of Contents) 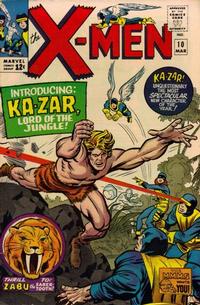 Introduction of Ka-Zar in the Silver Age. It is noted that Ka-Zar is pronounced as Kay-Sar.