Bat-Knights of Darkness! (Table of Contents) 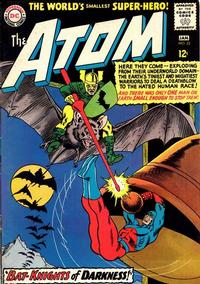 Builders of the Future! (Table of Contents: 1)

inside front cover; published in cooperation with the National Social Welfare Assembly

Bat-Knights of Darkness (Table of Contents: 2)

On the page immediately following page 6 of the main story sequence.

On the page immediately following page 16 of the main story sequence.