A Time to Unmask! (Table of Contents)

Cover is taken from interior scenes. 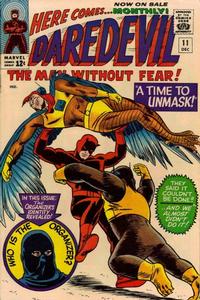 A Time to Unmask! (Table of Contents: 1)

First Line of Dialogue or Text
Everything went without a hitch, Organizer!
Feature Logo

"Agent of Shield" is mentioned as a TV show.

More Nutty News and Notes from One Marvel Madman to Another! (Table of Contents: 2) (Expand) /