I, Lucifer! (Table of Contents) 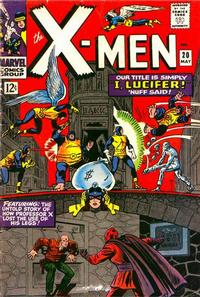 Story of how Prof. X lost the use of legs. Continued in X-Men 21.

Greater, Groovier, Goofier Goodies than Ever, Gathered from the Four Corners of Marveldom! (Table of Contents: 2) (Expand) /