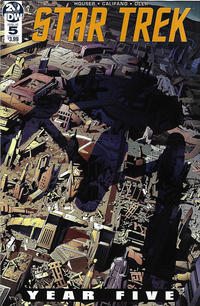 The Truth Artifact! (Table of Contents: 5)