Year of the Villain - Doom Rising tie-in
This issue has variants:

The Cold, Cruel World of Mr. Freeze! (Table of Contents) 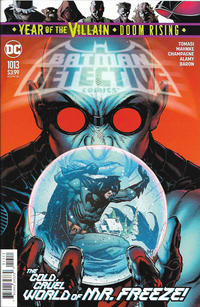 [Their Greatest Battles Lies Within] (Table of Contents: 8) (Expand) /