Honeymoon of Terror! (Table of Contents) 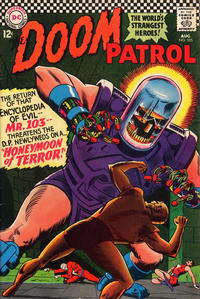 The Policeman Is Your Friend! (Table of Contents: 3)

The Robot-Maker Must Die (Table of Contents: 9)