Cardstock cover. Cover does not feature series logo.
This issue is a variant of Legion of Super-Heroes (DC, 2020 series) #1. There exist further variants: 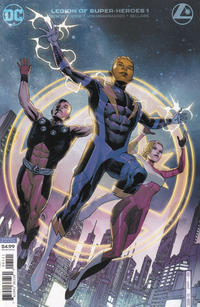