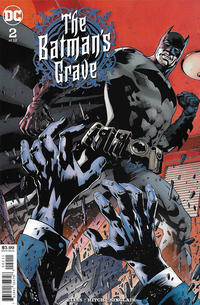 Ed is identified possibly as Eduardo Flamingo, although it is stated that could be an alias. He bears little resemblance to the character used by Grant Morrison during his run on Batman. Also, this appears to be Batman's first meeting with the character who appears in this issue.