This series was launched following the success of the 100 Page Giant series that were exclusive to Walmart from July 2018 thru August 2019. This new series is available first as a Mass Market Edition, available through Walmart and other retailers, to be followed by a later Direct Market Edition through Diamond.

Friends or Foes? (Table of Contents) 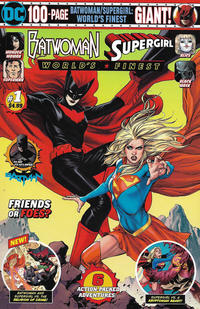 Coming Soon in the Pages of Batwoman (Table of Contents: 5)

A promo has been added: "Find Out the Full Story in Batwoman Vol. 1: The Many Arms of Death!"

Beyond a Shadow (Table of Contents: 7)