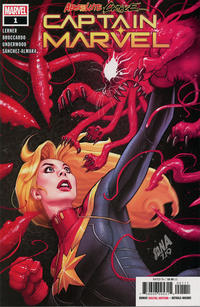 First Line of Dialogue or Text
For years, the symbiotes of the Marvel Universe have been leaving traces of genetic material

The events of this story takes place before Absolute Carnage (Marvel, 2019 series) #5.