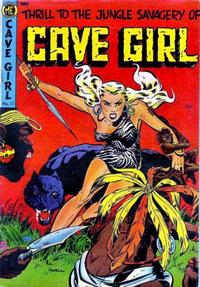 The Pool of Life! (Table of Contents: 1)

The City of Terror (Table of Contents: 2)

Genre
adventure; jungle
Characters
Cave Girl; Luke Hardin; Ricky
Synopsis
Hardin takes Cave Girl to Nairobi but she will not stay. He discovers that she is a baroness and heir to a fortune.
Reprints

Cave Girl's family name is given here as both "Mandomer" and "Gandomer."

Tiger by the Tail! (Table of Contents: 3)

Spears of the Snow-Men (Table of Contents: 4)