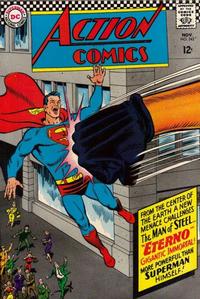 Eterno the Immortal (Table of Contents: 1)

Job Number
6439
First Line of Dialogue or Text
I always have trouble trying to find the water line...
Genre
non-fiction

Synopsis
No. 1 of a series where readers can inform the D.C. staff of any D.C. stories in other media.