The Birth of a Super-Hero! (Table of Contents) 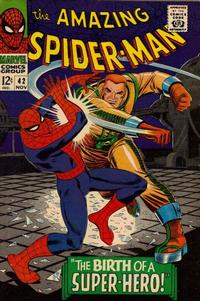 The Birth of a Super-Hero! (Table of Contents: 2)

Mary Jane's face is shown for the first time in this issue.

Sensational Secrets and Incredible Inside Information, Guilelessly Guaranteed to Avail You Naught! (Table of Contents: 3) (Expand) /