Cover does not feature series logo. 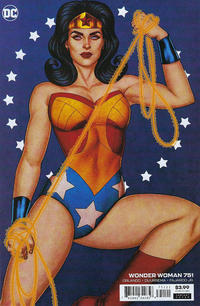 On the Horizon (Table of Contents: 1)

Nora Nunes previously appeared in Wonder Woman (DC, 2019 series) #82, although not revealed as a police detective until this issue.