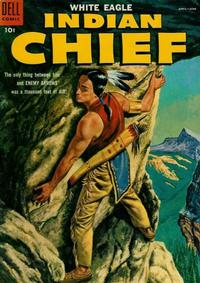 How Stone Arrowheads Are Made (Table of Contents: 1)

On inside front cover in black and white.

No circulation figures given.

Many Beaver (Table of Contents: 4)

Red Wing Son of the Chief and the Chase (Table of Contents: 5)