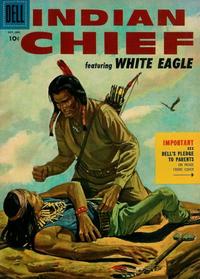 The Land of the Aztec (Table of Contents: 2)

The Spy (Table of Contents: 4)