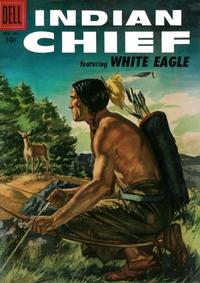 The Origin of the Clambake (Table of Contents: 1)

Land of the Smokes (Table of Contents: 2)

Genre
western-frontier
Characters
Chief White Eagle (Sioux)
Synopsis
Nez Perce raiders attack using arrows made of a stone which is harder and sharper than any known to the Sioux. The Nez Perce call it obsidian. White Eagle journeys to the land of geysers to find some.

The Mighty Bow (Table of Contents: 3)

Genre
western-frontier
Characters
Beaver Tail (Algonquin boy)
Synopsis
An ailing grandfather gives his grandson a new bow. Beaver Tail is too young to pull it, but tries anyway to please his grandfather.

Have Mom and Dad Take You Down to See the Keen New Toys in Toyland! (Table of Contents: 6)