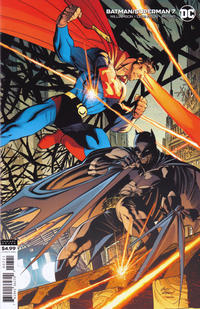 The Kandor Compromise Part One (Table of Contents: 1)