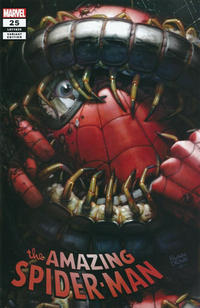 Credits, title, series title, indicia and a short text recap. Occurs after the fifth page of the main comic sequence.

First Line of Dialogue or Text
We forced a bot to read every Spider-Man comic...
Genre
superhero
Reprints