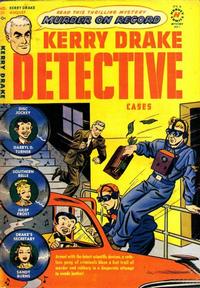 Murder on the Record (Table of Contents: 1)

The Case of the Blue Toe (Table of Contents: 3)

The main clue in the story matches one written by the master of the mystery puzzle, Austin Ripley, where Ripley's character, Dr. Joseph Fordney, deduced that the murderer was wearing cheap shoes with cheap blue socks, with a hole in the sole allowing the dye to run when the killer stepped in water. (pointed out by Anthony William Durrant)

How Good a Detective Are You? / comic story / 1 page (report information)

The Auto Racket (Table of Contents: 5)