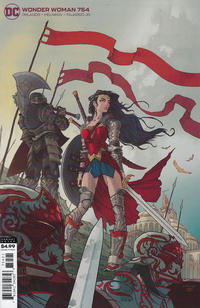 The Truth Usurps (Table of Contents: 1)

Donna was freed from the infection which transformed her into Deathbringer in Year of the Villain: Hell Arisen (DC, 2020 series) #4.