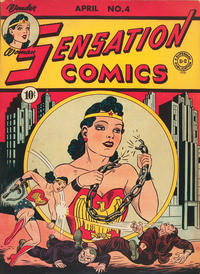 The Matchlock Gun (Table of Contents: 2)

[School for Spies] (Table of Contents: 3)

Writer revision by Craig Delich and verified by Moldoff in interview with Roy Thomas. Credit previously assigned to Ted Udall.

[The Comeuppance of Dapper Joe] (Table of Contents: 7)

Genre
superhero
Characters
Mr. Terrific [Terry Sloane]; Wanda Wilson; Dapper Joe (villain, introduction); Buster Anderson (a policeman, introduction)
Synopsis
When Buster Anderson arrests a big time hood, he discovers to his dismay that he and his goons have too much pull to remain in jail. So Mr. Terrific decides to intervene by distributing specially marked "bribe money" through underground channels to entrap Dapper Joe.
Reprints

The Justice Society Invites You to Their Next Meeting! (Table of Contents: 10) (Expand) /

Wildcat decides to partner up with Stretch Skinner to fight crime in the future.

How You Can Defend Your Home! / advertisement / 1 page (report information)