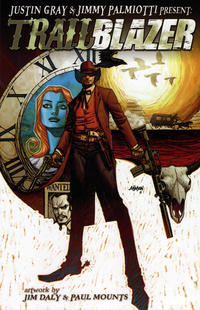 Pencil artist James Daly is credited as Jim Daly on the cover, James Daily on the title page and in the heading of his bio, and James Daly III in the text of his bio.