One Fleeting Moment? (Table of Contents) 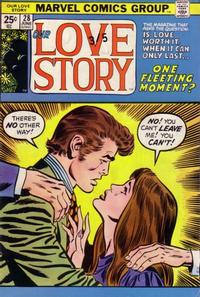 Wife of the Party! (Table of Contents: 1)

Alone in the Dark! (Table of Contents: 2)

One Fleeting Moment--! (Table of Contents: 3)

One Heart Must Break! (Table of Contents: 5)

Sekowsky, Colletta and Giacoia credits per Nick Caputo, Jan 2012. Nick adds that it looks like Colletta did the majority of the inking, with Giacoia working mainly on backgrounds and assisting on a few panels, in particular page 1; panels 1 and 2 and page 2; panel 1. Previous indexer credited Jack Abel as possible inker.